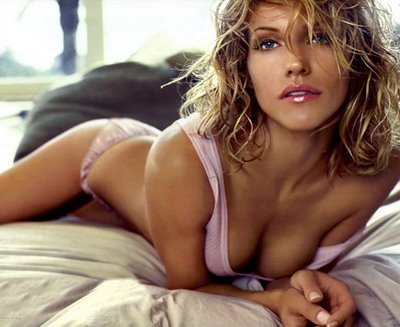 Short Bio
Tricia was born April 11, 1974 in Donalda, Canada. She has English, Swedish, German and Norwegian ancestry. She was scouted by modeling agent at age seventeen. This long-legged blonde was huge success in modeling industry and posed for Ralph Lauren, Girogio Armani, Dolce & Gabbana, and many other luxury brands. In 2007, she posed for Playboy magazine. Tricia appeared in numerous movies and TV shows, but her most famous appearance is the role of Number Six cylon from Battlestar Galactica series.

I think I sort of blossomed, so to speak, around 17. I started to get hips and put on weight, which I was very happy about. And that’s when I met this agent, who told me I had to lose 10 pounds. I said, ‘You’ve got to be kidding me. I finally got it on – I’m not losing it!’

When I was in high school I thought I was going to university into psychology.

As an actor, if I just did sci-fi, I think it would get limiting, like if you just play lawyers or doctors, over and over. It’s a lot more fun, if you get to play lots of different types of characters.

I’ve been living, I’ve lived in New York since I was 18 years old and traveled pretty much all over the world.

Chemistry is a hard thing. I don’t think you can force it, and it doesn’t necessarily mean that you have to have great chemistry outside of work. It’s just something that sparks on screen or doesn’t.