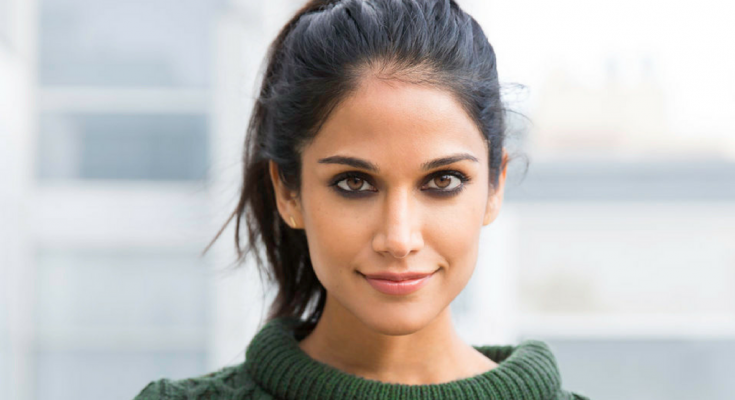 Melanie Chandra is an American actress, model, and co-founder of the not-for-profit Hospital for Hope India, which provides healthcare services in rural India. Melanie is known for her role as Malaya Pineda in the CBS show Code Black and for her recurring role as Fareeda on HBO’s The Brink. She has appeared as a guest-star in several television series such as ABC Family’s The Nine Lives of Chloe King, NBC’s Parenthood and CBS’s NCIS: Los Angeles. As a model, she has appeared in national and international campaigns for Nescafe, Verizon, Glamour Magazine, P&G, Crocs, Acura, Herbal Essences, LG, and Clinique. Born Melanie Kannokada on February 28, 1984 in Buffalo Grove, Illinois, USA, to Malayali Indian parents Sujatha and Suresh Kannokada, she has one brother named Manoj. She completed her schooling from Buffalo Grove High School. After graduating from Buffalo Grove High School, Melanie attended Stanford University, where she earned a degree in Mechanical Engineering. She is a 2nd degree black belt in Shotokan Karate, and has won medals at the Junior Pan-American Games as a member of the USA Junior National Karate Team. She has been married to Neeraj Chandra since 2015. Together they have one daughter, Arya Chandra.