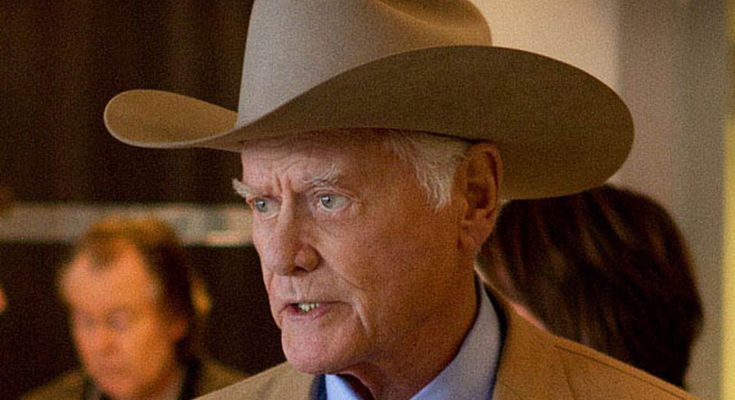 Larry Hagman’s body measurements are all here! Check out the height, weight, shoe size and more!

Larry Hagman was a film and television actor, best remembered by the public for his role as befuddled astronaut Major Anthony “Tony” Nelson in the 1960s sitcom, I Dream of Jeannie, and the evil oil baron J.R. Ewing on the primetime drama Dallas. He had his film debut in the 1964 film Ensign Pulver, which featured a young Jack Nicholson. His other television credit included Getting Away from It All, Sidekicks, Intimate Strangers, The Return of the World’s Greatest Detective, Checkered Flag or Crash, and A Howling in the Woods, and in the films The Eagle Has Landed, Superman, The Group, Fail-Safe, Harry and Tonto, Mother, Jugs & Speed, S.O.B., Nixon, and Primary Colors. He was born Larry Martin Hagman on September 21, 1931 in Fort Worth, Texas to Mary Martin and Benjamin Jackson Hagman. His mother was an actress and his father was an accountant and lawyer who used to work as a district attorney. He married Maj Axelsson in 1954, and they had two children: a daughter Heidi Kristina in 1958, and a son Preston in 1962.

Major success feels a bit like a coronation. Like I’d become a king. I was one of the most famous people in the world, loved and hated in equal measure. I couldn’t see anything bad with it. It made me a happy person.

I never travel without my Stetson, but the more I wear it the more I realise that no one wears hats any more. When I was a kid everybody wore hats, especially in Texas, but I get off the plane in Dallas now and I’m the only guy with a hat. It’s amazing.

Barbara Eden is the most beautiful girl in the world.

At that time I was making the largest salary known on television and I didn’t want to see it die because those were the years paying off when I wasn’t making anything.

Later on when it became a routine it was not as exciting I’ll admit that. The first three years were wonderful, the rest were just money making and having fun.