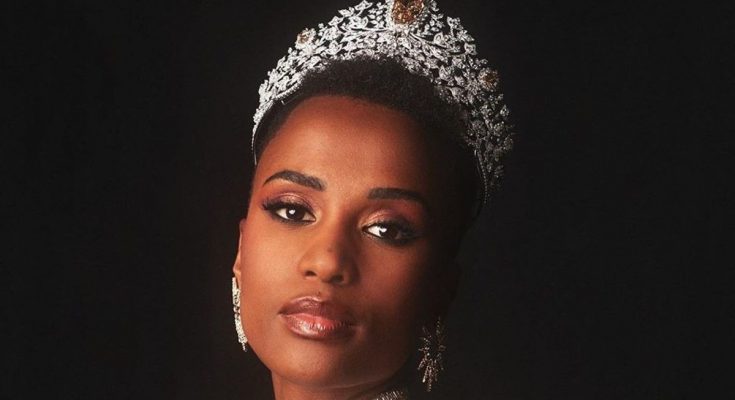 Zozibini Tunzi started her professional career as a model and after receiving a lot of appreciation for her looks, she went into pageantry. The first major pageant in which she entered was the Miss South Africa 2017 where she finished among the top 26 contestants. Encouraged from her last performance, Zozibini once again returned to the Miss South Africa pageant in 2019 and this time, she finished as the winner. With the Miss South Africa 2019 crown on her head, she earned the right to represent her country at that year’s Miss Universe beauty pageant. After consistently impressive performances throughout the competition, Tunzi was crowned Miss Universe 2019 by outgoing titleholder Catriona Gray while Madison Anderson and Sofia Aragon finished as first and second runner-ups respectively. With that victory, she has now become the only third Miss Universe from South Africa and the first-ever to win the title with afro-textured hair.

The platform Miss Universe has given me has exceeded my wildest expectations.

We’re really taught to be followers from a very young age – men lead and women follow.

Society has been conditioned for a very long time to see beauty as something that’s been westernised.

If learners do not have a roof under which they can learn we are already setting them up for failure.