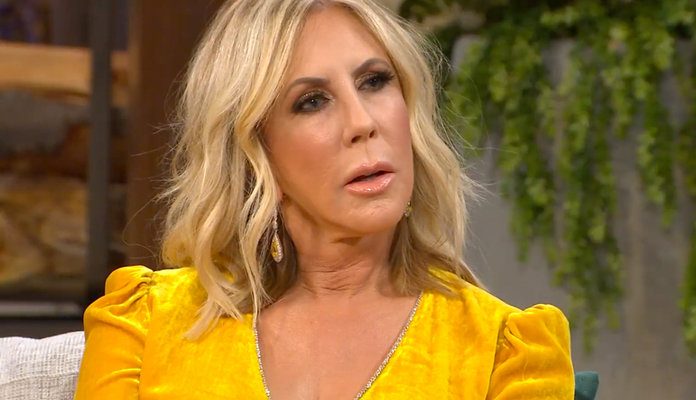 Vicki Gunvalson is an American reality television personality and entrepreneur. She is best known for a starring role as a housewife in the Bravo reality television series The Real Housewives of Orange County since its first season. She owns Coto Insurance and Financial Services. Born Victoria L. Steinmetz on March 27, 1962 in Chicago, Illinois, to parents Joanne and William J. Steinmetz, her siblings are Kathy, Kim, Lisa and Bill. She was educated at William Fremd High School and Harper College. She was married to Donn Gunvalson from 1994 to 2014 and Michael J. Wolfsmith from 1982 to 1991. She has a daughter named Briana and a son named Michael from her first marriage to Michael Wolfsmith.