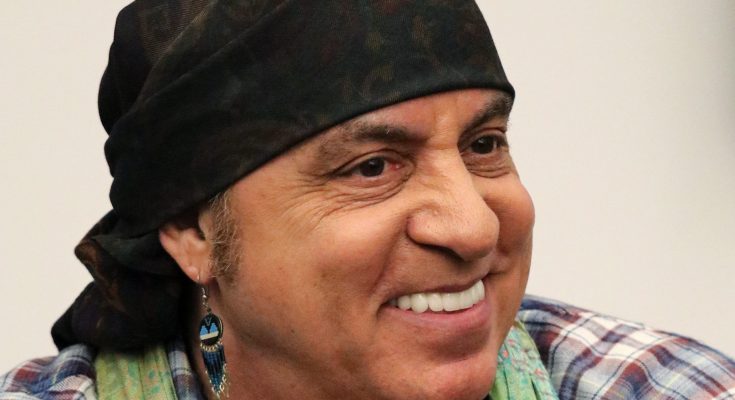 Steven Van Zandt is an American musician, actor as well as human rights activist. He is best known as the lead guitarist for Bruce Springsteen’s E Street Band. He also plays mandolin for the band. As an TV actor, he is known for his roles in HBO’s The Sopranos and Lilyhammer. Steven was born as Steven Lento to William Brewster Van Zandt and Mary H. Lento, on November 22, 1950 in Winthrop, Massachusetts, USA. He belongs to Southern Italian descent. He married actress Maureen Van Zandt in December 1982.

I am Italian. Springsteen’s mostly Italian, too. We’re both Italians with Dutch names, one of the many things we have in common.

I learned a lot from Bruce Springsteen and David Chase.

Before Dylan, before rock became art, it was a wonderful fusion of pop structure and personal statements.

Little Steven – the songwriter, producer, and arranger – stayed alive doing the ‘Lilyhammer’ score. That pretty much took up three or four years of my life, and all of my musical energy went into that.

The British invasion was the most important event of my life. I was in New Jersey and the night I saw the Beatles changed everything. I had seen Elvis before and he had done nothing for me, but these guys were in a band.