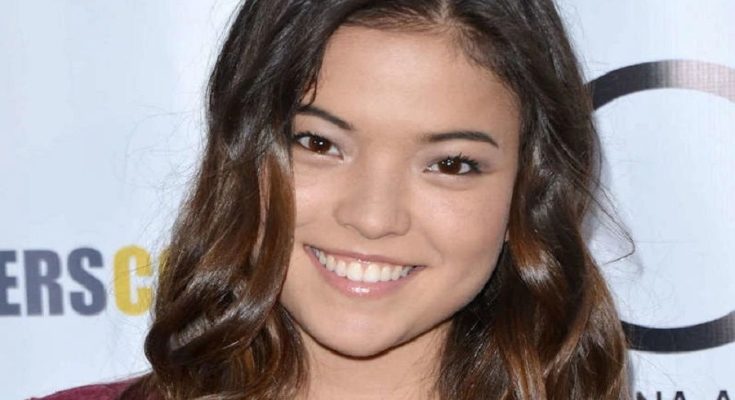 Known for starring as Jasmine in the Disney Channel Original Series I Didn’t Do It. She previously had a recurring role on A.N.T. Farm as Kennedy Van Buren/Kumiko Hashimoto. She’d also star as Grace on the streamy nominated web series Youth & Consequences.

She played the role of Roly-Poly in the Broadway production of The 101 Dalmatians Musical when she was 12 years old.

She had guest appearances on high-profile shows such as Law & Order: Special Victims Unit, Body of Proof, and Rizzoli & Isles.

She appeared with her older sister Riley in a musical production of The King and I. Aside from Riley she has three other siblings named Major, Saylor and Glory. She dated pop singer Troy Ogletree from 2016-2019. She previously dated Alden Richards.

She appeared in an episode of the short-lived television series Malibu Country, starring Reba McEntire.