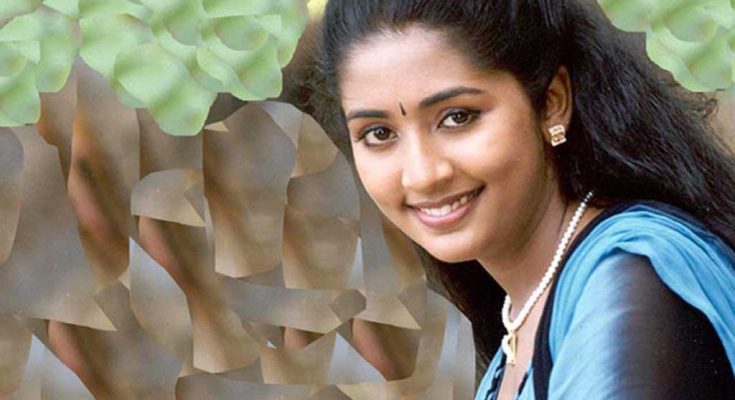 Navya Nair is an Indian actress, active primarily in Malayalam, Tamil, and Kannada films. Her accolades include two Kerala State Film Award for Best Actress and the Kalaimamani award. She is best known for her role as Balamani in the 2002 Malayalam film Nandanam. She is also known for her role as Kaarunya Bhagyanathan in the 2005 film Kanne Madanguka opposite Murali. She played title character as Saira Hussain in the 2005 Malayalam film Saira opposite Nedumudi Venu. She also played Seetha in the 2014 Kannada film Drishya opposite V. Ravichandran. Navya was born Dhanya Nair on October 14, 1985 in Kerala, India to Veena and Raju Nair. She has been married to Santhosh Menon since 22 November 2010. They have a son together.

There is nothing in a name. My husband, Santhosh Menon, called me Navya at first, which I did not like as it was my screen name. He knew me as Navya and found calling me Dhanya strange, so he came up with a pet name.

Let me marry in a normal way. I know I’m a public figure, but the person I’m getting married to might need privacy.

When I was busy with movies, I had little time for dance.

I am happy to get good offers. I would make full use of them.