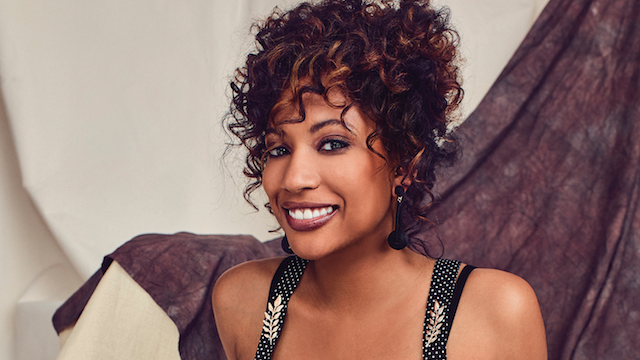 Natalie Paul is an American actress. She is best known for her portrayal of Doreen Henderson on HBO’s miniseries Show Me a Hero, and for her role as Antoinette in the 2017 biographical crime drama film Crown Heights, for which she was nominated for a 2018 NAACP Image Award for Outstanding Actress in a Motion Picture and won the 2018 Black Reel Award for Outstanding Actress. She also starred in the second season of The Sinner on USA and has written and directed two short films, Everything Absolutely and Sweet Tea. Paul’s other credits include The Deuce, Smash, The Sinner, and Power. Born in Brooklyn, New York, USA, she belongs to Haitian descent. She graduated with a B.A. from Yale University and a MFA from the New York University Tisch School of the Arts Graduate Acting Program. Her first series regular was in the Yonkers housing drama Show Me a Hero, and her first film role was in Crown Heights.