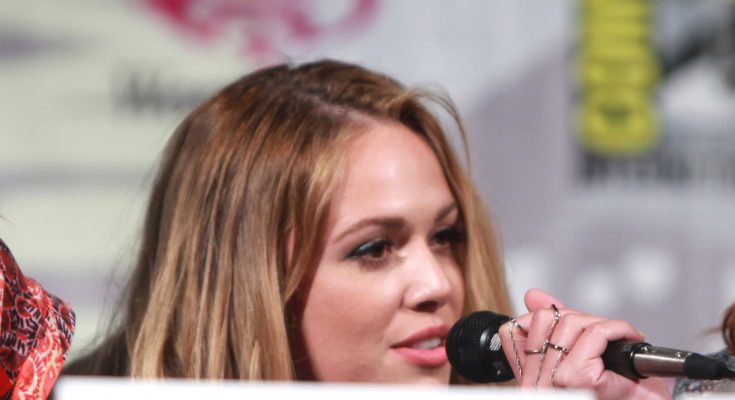 Natalie Hall is a Canadian actress. She is best known for her roles as Colby Chandler in the American television soap opera All My Children, and as Kate Randall in the ABC Family series Pretty Little Liars. She played Taylor in the CW series Star-Crossed, and portrayed the role of Melanie in the 2013 American science fiction-horror film +1. Born on January 25, 1990 in Vancouver, Canada, she was raised with her two brothers. While growing up, she played soccer. Her first television appearance was on Law & Order: Special Victims Unit in 2008. In October 2010, she began dating Brandon Barash. They became engaged in December 2011. They broke up in October 2012.