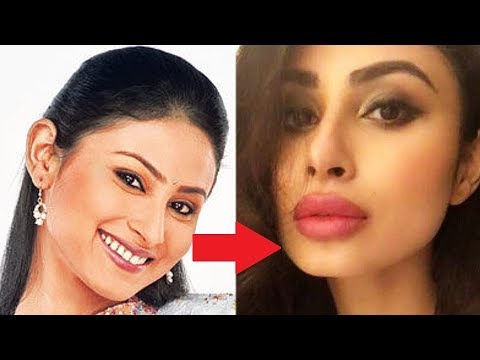 Mouni Roy is an Indian actress of film and television and model. She is best known for television roles as Krishna Tulsi in the soap opera Kyunki Saas Bhi Kabhi Bahu Thi, Sati in the mythological series Devon Ke Dev…Mahadev and Shivanya Ritik Singh and Shivangi Rocky Pratap Singh in the supernatural series Naagin. She also portrayed the role of Meera in Junoon – Aisi Nafrat Toh Kaisa Ishq. She also appeared in celebrity dance reality show Jhalak Dikhhla Jaa in 2014. She made her Bollywood debut in the 2018 historical sports-drama film Gold, opposite Akshay Kumar. Born on September 28, 1984 in Kolkata, India, to parents Mukti and Anil Roy, she has one younger brother named Mukhar. She completed her schooling till class 12th from Kendriya Vidyalaya in Baburhat, Cooch Behar. Mouni started her acting career in 2007 with the Ekta Kapoor’s series Kyunki Saas Bhi Kabhi Bahu Thi playing the role of Krishna Tulsi.

I’m not ambitious; it is clear in my choice of work. I am fine doing a few dance shows in a month to run my household and take care of myself.

I want to write a script, but before that, I am planning to compile a book of short stories.

I don’t believe in doing one thing after another. I am a bit lazy, laid back, and a happy-go-lucky person. I don’t fret too much. I enjoy living in the moment. If I have too much, then I get confused and distressed.

I got roles from good production houses, though I wasn’t keen on them, as I was asked to – and I won’t – wear a bikini in a film. I’m not conservative, as I’d wear it on holidays, but definitely not in front of the camera. I have to think of my family.

I have done a lot of reality shows. In fact,my first show was ‘Shava Shava’, which was a singing reality show.