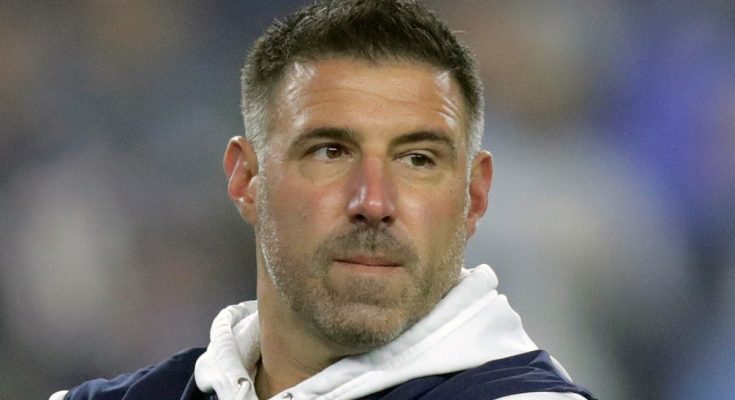 Mike Vrabel’s body measurements are all here! Check out his height, weight, shoe size and more!

Former linebacker who won three Super Bowl titles in his seven seasons with the New England Patriots. Following retirement, he became a successful NFL coach. He served as defensive coordinator of the Houston Texans in 2017, then he became head coach of the Tennessee Titans in 2018. He was named the NFL’s Coach of the Year after leading the Titans to a 12-5 record in 2021-22.

He was drafted 91st overall by the Steelers in 1997, after playing college football at Ohio State University.

He had his best individual season in 2007, when he earned his only All-Pro honor.

He and his wife Jen Vrabel had two sons: Tyler and Carter.

He was teammates with Tom Brady on the New England Patriots from 2001 to 2008.