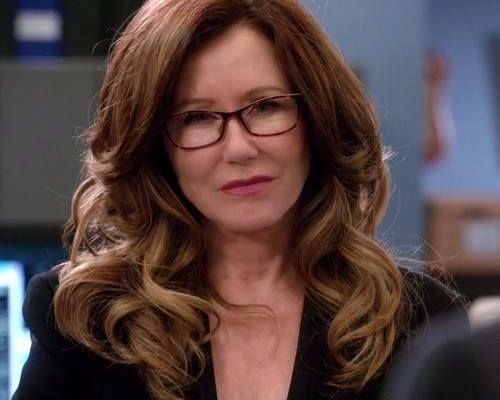 Short Bio
Mary was born April 28, 1952 in Wilkes-Barre, Pennsylvania. She is known for her role as President Laura Roslin, in Battlestar Galactica and as the First Lady in Independence Day. In 1990, she also starred in Dances with Wolves, where she played with actor Kevin Costner and Graham Greene. In the Independence Day, Mary co-starred with Will Smith, Bill Pullman, and Vivica A. Fox. Her latest movie appearances are in 2011, Scream 4 and Margin Call. After closing TV series The Closer in 2012, she returned with same character – Captain Sharon Raydor, in the spin-off Major Crimes that will air it’s fourth season on June 8, 2015.

“Well, I don’t know what Ron has in mind, but I do know about the arc of the show. Looking at how intuitive and instinctive Eddie and I play, that is the sort of thing that leads into sexual chemistry. I wouldn’t be surprised if it emerged.” (Mary McDonnell)

“The Cylons are such a frightening concept – not knowing who is real. No way.” (Mary McDonnell)

“Ron allowed us to see right away the private piece of a person about to become very public. I suspect we’re going to see more of her very private world – Laura’s private experience. I’m not sure yet how public she’s going to be about the actions she’s going to have to take.” (Mary McDonnell)

“I love to work. I love to have complexity.” (Mary McDonnell)