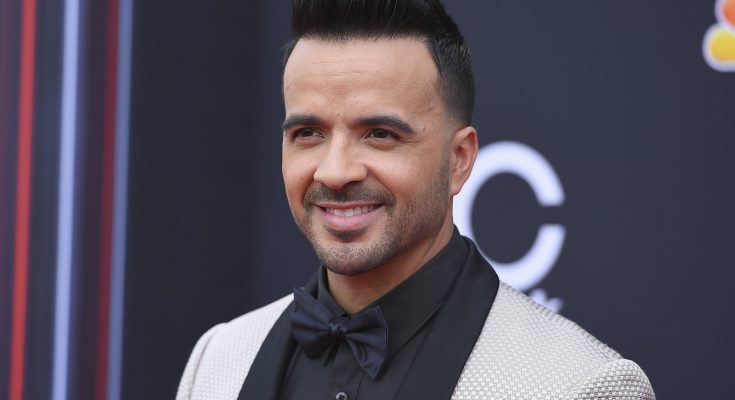 Luis Fonsi’s body measurements are all here! Check out the height, weight, shoe size and more!

Luis Fonsi is a Puerto Rican singer, songwriter and actor, best known by the public for his hit single “Despacito”. In 1998, he released his first album, Comenzaré (I Will Begin), which achieved remarkable success, reaching at number 11 on Billboard’s Top Latin Albums chart and which yielded the singles ‘Si Tú Quisieras,’ ‘Perdóname,’ ‘Dime Como,’ and ‘Me Iré’. In 2000, he recorded a duet with Christina Aguilera for her Spanish crossover album. Luis was born to Delia “Tata” López-Cepero and Alfonso Rodríguez, on April 15, 1978 in San Juan, Puerto Rico as Luis Alfonso Rodríguez López-Cepero. He studied vocal techniques at Florida State University. He has been married to Águeda López since 2014. He was previously married to Adamari López.

I’ve worked my butt off. That keeps my feet on the ground – I’m the same Luis Fonsi onstage and at home cooking an omelette in basketball shorts.

Everybody has their cliques, and I was very shy. I’m still very shy. Music opened up doors. I would get to my choir class, and I was sort of one of the better kids… I could read music. That’s when I realized how good El Coro de San Juan was. I felt, for once, like, hey, I can fit in.

I don’t know what happens at radio as far as what is that X factor that makes a song click and have people get connected to it when it’s in another language.

Performing on Broadway is an honor and a challenge for any artist.