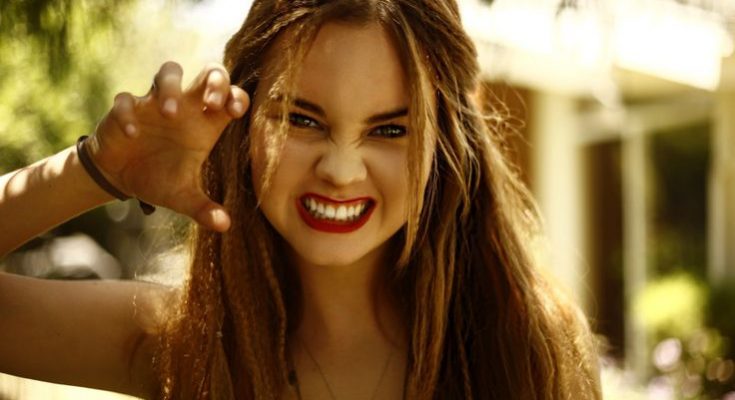 Liana Liberato is an American actress best known for appearing in films like Trust, The Best of Me, and The Last Sin Eater.  She was born on August 20, 1995, to Rhondelle and George Liberato. Liana started her professional acting career during 2005 through television but gained major success through her work in movies. Although she has made appearances in numerous television shows so far, but her roles in films like The Last Sin Eater, Trust, If I Stay and Stuck in Love, and The Best of Me are the key reason behind her fame and success. Alongside the big-screen work, she can be seen in a few music videos as well including “7 Things” by Miley Cyrus and “Maybe” by Nat & Alex Wolff. Lastly, looking at her personal life, Liana Liberato has been in a long-term relationship with actor Tommy O’Brien and the couple announced their engagement in July 2020.

I started theater when I was three, and I started doing professional acting when I was nine.

I love the ‘Walking Dead,’ but I don’t wanna be an actual prominent character on the show. I just wanna be a zombie.

I would leave school and go to my theater class, and that’s when I’d actually sit down and listen. I wouldn’t pay attention in school, or I’d sing in class and get in trouble – I’d always get in trouble. Theater is the only thing I always came back to.

I love ‘The Walking Dead,’ ‘Shameless,’ and – this is going to sound really dorky – I’m obsessed with ‘Dance Moms.’ I love Abby Lee Miller. Honestly, if there’s such a thing as past lives, I was definitely a dancer. Maybe if I ever get a big enough name, I can call Abby Lee Miller myself and ask her to be my private coach.

Don’t try to get involved with people on the Internet because it can be very dangerous. The whole point of ‘Trust’ is to inform people about this issue.