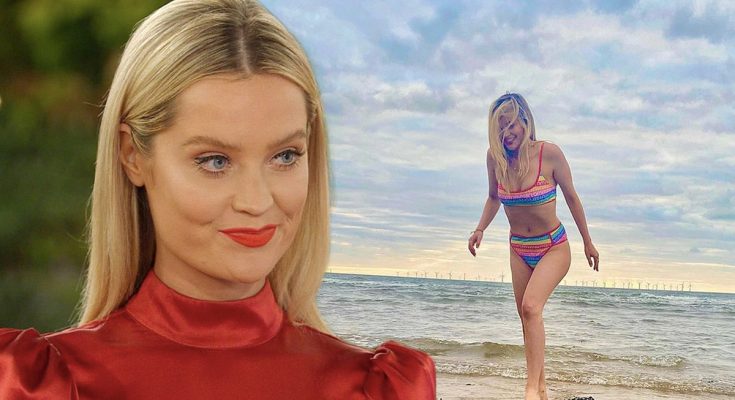 Laura Whitmore is an Irish model and television presenter, who was the host of the companion TV show I’m a Celebrity…Get Me Out of Here! NOW! from 2011 to 2015. She is also known for her work on MTV Europe. She also co-hosted the 11th Irish Film & Television Awards with Simon Delaney in April 2014. Born on May 4, 1985 in Bray, County Wicklow, Ireland, Laura is the daughter of Carmel Whitmore and Sean McIvor. She has two half brothers. She is a graduated of Dublin City University, where she studied journalism. She was in a relationship with musician Rory Williams. They broke up in 2016.

My job in MTV was my first real presenting job and I had no real idea what I was doing, but you kind of learn just by doing.

I didn’t know what a boy was until I was about 18. I wasn’t in the cool group at all. We weren’t cool, but we weren’t nerdy enough to be picked on. So we were just in our own little bubble.

I have always loved dancing. I am always that crazy girl on the dance floor, dancing by herself.

Everyone struggles with ups and downs and there is great therapy in knowing we all go through it.

Baking is my favourite.