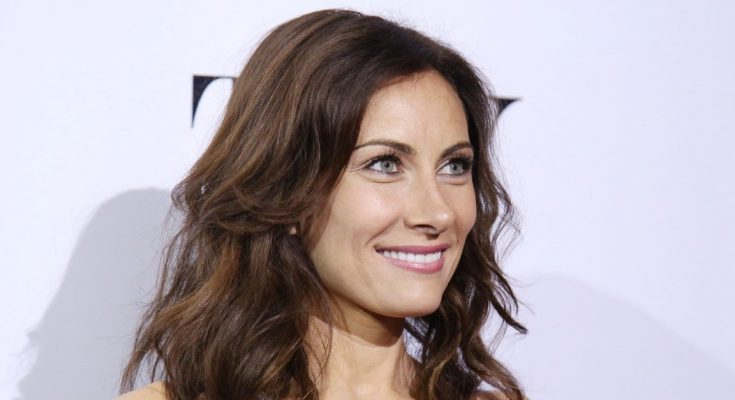 Laura Benanti is an American film, television, and theatre actress and singer. She is best known for her portrayal of Louise in the 2008 Broadway revival of Gypsy, for which she won the 2008 Tony Award for Best Featured Actress in a Musical. She is also known for the television work on series such as Go On, Supergirl, Starved, Eli Stone, The Playboy Club, Law & Order: Special Victims Unit, Nurse Jackie, Nashville, The Late Show with Stephen Colbert, and The Detour. Born Laura Ilene Vidnovic on July 15, 1979 in New York, USA, to Linda Wonneberger and Martin Vidnovic, she belongs to Serbian, German, Irish and Native American descent. Her parents got divorced when she was young, and she moved to Kinnelon, New Jersey, with her mother and her stepfather Salvatore Benanti. She made her Broadway debut as Maria Von Trapp in The Sound of Music. She has been married to Patrick Brown since November 15, 2015. Together they have one daughter, Ella Rose Benanti-Brown. She was previously married to Chris Barron from 2005 to 2006 and Steven Pasquale from 2007 to 2013.

Musical theatre is my first love.

I think that people are most comfortable when they can put you in a box – and that’s very easy to do that when someone can put you in more serious roles. I’m not blaming them for that – it’s just up to me to show people what I can do.

I try to give the appearance that I have it all together and that I know what I’m talking about, but at the end of the day, I think I might be full of crap.

I do think musical-theater actors can get a bad rap, and I see why. There is a certain slickness – there’s nothing better than an amazing musical, but an okay musical can be one of the worst times you’ve ever had.

For me, Melania represents America. We’re all reluctantly married to Donald Trump now. She is a vehicle to making fun of him. I can’t do a Donald Trump impersonation, but I can impersonate her.