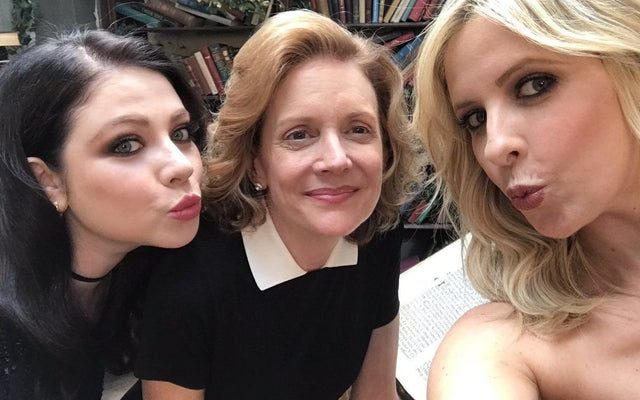 Kristine Sutherland is an American actress. She is best known for her roles as Buffy Summers’ mother Joyce Summers on the television series Buffy the Vampire Slayer, and Mae Thompson in the 1989 film Honey, I Shrunk the Kids. She also appeared in the 2008 television miniseries Comanche Moon and had a guest role in an episode of New Amsterdam. She also provided the voice of Haru’s Mother in the English dub of The Cat Returns. Born Kristine Young on April 17, 1955 in Boise, Idaho, USA, she changed her last name to avoid confusion with another actress, Kristine Young. She attended high school in Lexington, Kentucky, and studied Theatre at the University of Kentucky and The Drama Studio in London. She made her film debut in 1986 as a secretary in Legal Eagles. In 1986, she married actor John Pankow. Together they have one daughter, Eleanore Pankow.