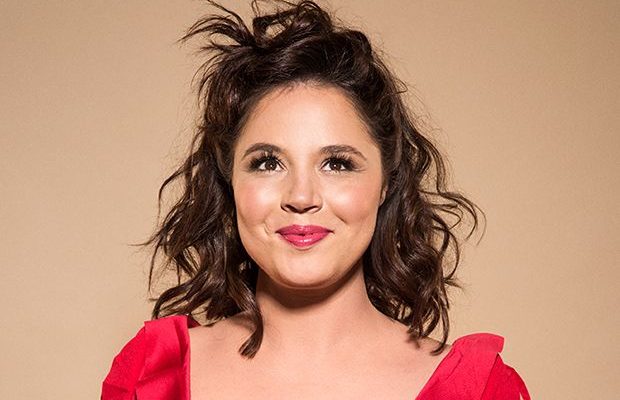 Kether Donohue is an American film, television and theatre actress and singer. She is perhaps best known for her roles as Lindsay in the FXX hit comedy series You’re the Worst and Alice in the musical comedy film Pitch Perfect. In 2012, Donohue starred as Donna Thompson in Barry Levinson’s sci-fi thriller The Bay. For her performance in the FX/FXX series You’re the Worst, she received a Critics’ Choice Television Award nomination for Best Supporting Actress in a Comedy Series in December 2015. She has also done voice work in the Nicktoons Network “anime” series Kappa Mikey, Mew Mew Power, Yu-Gi-Oh! 5D’s, and Dinosaur King. Born on October 31, 1985 in Manhattan, New York, to parents Julia and Agustin Fernandez, she studied at the Anthony Meindl Acting Center, and graduated in 2008 from Fordham University with a degree in film.

I remember watching ‘I Love Lucy’ with my little brother. We were obsessed with ‘I Love Lucy.’ And I just remember thinking, ‘I want to do that.’ I love old comedic actresses – Madeline Kahn, Lucille Ball.

When you watch someone on TV go through something that you’re going through that’s difficult, it lets you know that you’re not alone, and there’s nothing to be ashamed of.

I love playing a character that eats on television. It’s so fun.

When I go into ‘You’re the Worst,’ I’m very glammed up, and my hair and makeup is va-va-voom. Now what I’m having fun with in ‘Grease’ is, honestly, I go to rehearsals with zero makeup. When I get pimples, I get excited about it, like ‘Yay! It helps the character!’ The frumpier and uglier and grosser, the better with Jan.

I’ve experienced, in general, in New York, people cut to the chase a little more, and they’re a little bit more straightforward. In L.A. I’ve experienced more wishy-washiness. I will say, though, that the people that are actually from L.A. – like, born and raised in L.A. – are the real nice and genuine people.