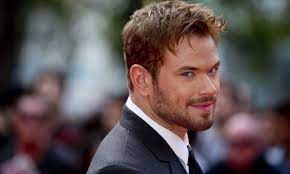 Kellan Lutz’s body measurements are all here! Check out his height, weight, shoe size and more!

Kellan Christopher Lutz is a famous actor and model, born on 15th March 1985 in Dickinson, North Dakota. He began his career being a contestant on the 2004 show Model Citizens. Later on, he performed smaller roles in episodes of Six Feet Under, CSI: Crime Scene Investigation and Heroes. In 2005, Lutz earned a recurring role in the series The Comeback. Along with television, Kellan as well started appearing in films such as Stick It and Prom Night. His breakthrough came in with the release of the film adaptations of the Twilight saga by Stephenie Meyer. He played the role of Emmett Cullen in the Twilight Saga film series and earned recognition and success. Since then, Lutz starred in several series and films including Tarzan, The Legend of Hercules, 90210 and Generation Kill. In addition to that, he is a humanitarian and his major charity is Saving Innocence and along with it Kellan as well supports the animal charity PETA. As for his personal life, Kellan Lutz dated several female celebrities including Kayla Ewell, Sharni Vinson and AnnaLynne McCord.

I love the idea of marriage. I definitely want marriage and little Kellans running around.

I don’t Google myself, but I’ve heard that people think I’m gay. I’ve heard it all.

A lot of girls think they have flaws that really aren’t flaws. I’ve never met a girl who was just so secure about everything.

I love mythology, grew up loving it. I’m a middle kid, big family, that’s the thing you did in the farm country. I lived in Iowa, I loved mythology. I don’t know, we’re like that.