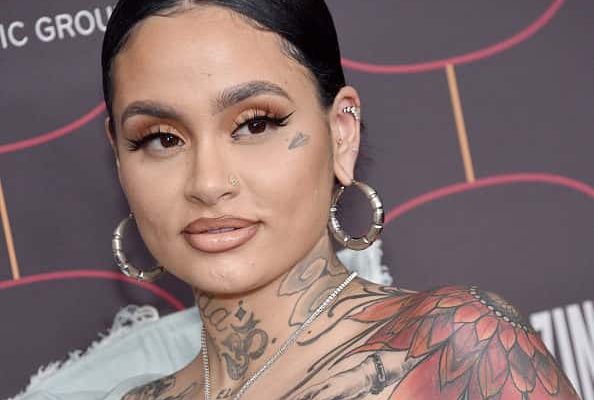 Kehlani is an American singer-songwriter and dancer who first achieved fame as a member of the teen group Poplyfe. Her first commercial mixtape, Cloud 19, (2014) was listed as one of the Complex’s “50 Best Albums of 2014.” In 2015, Kehlani released her second commercial mixtape, You Should Be Here, which debuted at number 5 on the R&B/Hip-Hop chart. Her debut album SweetSexySavage was released on January 27, 2017. Kehlani’s notable songs include “Crzy”, “Distraction”, “Gangsta”, and “Nights Like This”. Born Kehlani Ashley Parrish on April 24, 1995 in Oakland, California, her father passed away when she was a toddler and her mother, who had a drug addiction, was in and out of the jail, so Kehlani was raised by her aunt. Growing up, she practiced ballet and modern dance at Oakland School for the Arts. She has a daughter Adeya Nomi Young-White with ex-boyfriend Javaughn Young-White. She was previously in a relationship with NBA guard Kyrie Irving. In 2019, she began dating YG.

If my eyebrows are cool, if my eyeliner is popping, if I’m moisturized, then I can pretty much wear whatever I want. I think if your hair and your face are together, I think it’s pretty much polished!

I was out of the house at 16 by my own doing. It forced me to really grow up and take care of myself, and I learned a lot of things that your parents usually teach you, on my own.

My biggest role model right now is Beyonce, just ’cause she is a very, very strong, powerful woman, and that’s obviously the number one reason to be inspired by her. She is just killing every game there is to kill.

Stardom is a crazy thought. If that’s what my path is, then that’s where I’m excited to be headed towards.

I write most of my songs to beats. I play around on guitar, but not enough to where I can compose my own stuff or play solos. I can accompany myself ’cause most songs are, like, four chords.