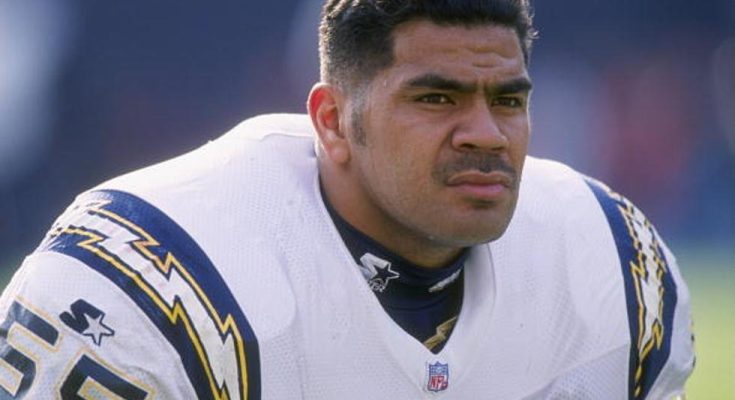 Junior Seau’s body measurements are all here! Check out his height, weight, shoe size and more!

Former NFL linebacker, 12-time Pro Bowl selection, and one of the most celebrated players in San Diego Chargers history. He spent his last seven NFL seasons with the Miami Dolphins and New England Patriots and retired with 1,849 career tackles.

As a child, he would sleep in a one car garage with his three brothers.

During his time with the San Diego Chargers, he picked up the nickname the Tasmanian Devil.

He had three children with his ex-wife Gina Deboer.

He and LaDainian Tomlinson were teammates on the Chargers from 2001 to 2002.

I wanted to perform well for my mom and dad, because in high school, I didn’t have a job. My brothers, they worked at Pizza Hut or places like that, but sports, that was my way of giving back.

My background wasn’t one blessed with all the luxuries in life. Nothing is forever and I realize that.

No excuses and no sob stories. Life is full of excuses if you’re looking. I have no time to gripe over misfortune. I don’t waste time looking back.

Ryan Leaf is doing great now. If he progresses the way he is now, we’re going to have a quarterback that’s going to be reckoned with in the near future. And that’s not political.