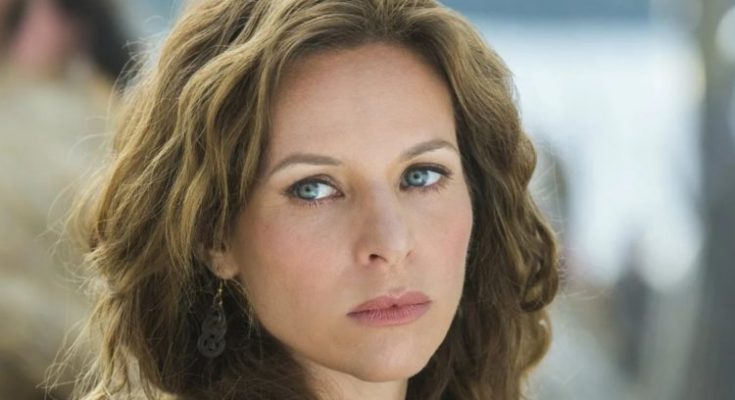 Jessalyn Gilsig is a Canadian actress and voice actress. She is best known for her roles as Lauren Davis in David E. Kelley’s Fox drama series Boston Public, Terri Schuester in the Fox TV series Glee, Gina Russo in the FX television series Nip/Tuck, and Siggy Haraldson in the History Channel series Vikings. She has done voice work in Masquerade, Young Robin Hood, The Little Flying Bears, Gulliver’s Travels, and Quest for Camelot. Gilsig’s other notable works include Somewhere Slow, See This Movie, About Fifty, A Cooler Climate, NYPD Blue, Prison Break, Friday Night Lights, Destination: Infestation, Heroes, CSI: NY, Imaginary Bitches, and Scandal. Born Jessalyn Sarah Gilsig on November 30, 1971 in Montreal, Quebec, Canada, to parents Clare and Toby Gilsig, she is of Jewish descent on her father’s side. She began her career as a voice actress at age 12. She graduated from McGill University with a degree in English. She earned her M.F.A. degree at Harvard University’s Institute for Advanced Theater Training. She married Bobby Salomon in 2005, and the couple had a daughter named Penelope in 2006 before getting divorced in 2010.

For me, it’s ultimately about a great pair of shoes.

Since I’ve become a mom, I’m more about comfort and simplicity. I’m essentially a jeans girl, and I dress them up or down with accessories.

I think Forever 21 is a great way to get in on the trends without spending a lot of money.

It’s much more fun to be the person who comes into the room and lights the match. I get to be the force, the girl who always says or does something completely outrageous, and leaves everyone thinking, ‘What was that?’