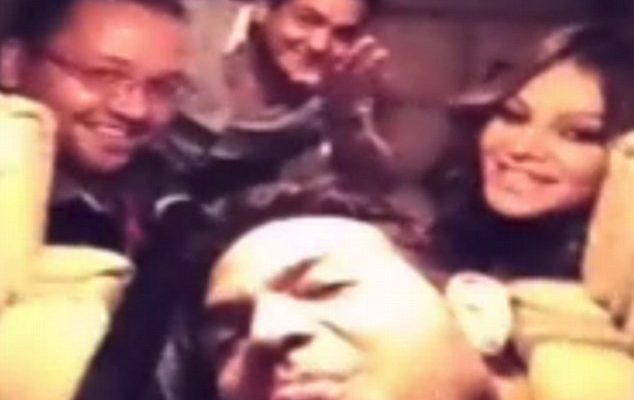 Jenni Rivera was an American singer, songwriter, actress, and reality television star, best known for her spanish albums such as La Gran Señora, Jenni, Parrandera, Rebelde Y Atrevida, and Tema Eva Luna. Her 2008 studio album, Jenni hit #1 on the US Billboard 200. She was nominated for four Latin Grammys. In 2010, Jenni appeared in and produced the reality TV show Jenni Rivera Presents: Chiquis & Raq-C. She also appeared in and produced I Love Jenni starting in 2011 through 2013 and Chiquis ‘n Control in 2012. Born Dolores Janney Rivera Saavedra on July 2, 1969 in Long Beach, California, to parents Rosa Saavedra and Pedro Rivera, she was raised with five siblings Lupillo, Rosie, Juan, Pedro Rivera Jr., and Gustavo. She obtained a college degree in business administration at California State University, Long Beach. She worked in real estate before going to work for her father’s record label. Jenni was married three times, to Jose Trinidad Marin, Juan Lopez and Esteban Loaiza. She’s the mother of Chiquis Rivera, Jacqie Marin, Michael Marin, Jenicka Lopez and Johnny Lopez. She died in a plane crash at age 43 on December 9, 2012.

I am the same as the public as my fans.

I’m happy for the success that I’ve had, but I’ve worked so hard at it.

I’m really in touch with my fans. Through their emails, letters and stories is how I decide what music I’m going to perform.

I can’t get caught up in the negative because that destroys you.

Thank you for accepting me as I am, with my virtues and defects.