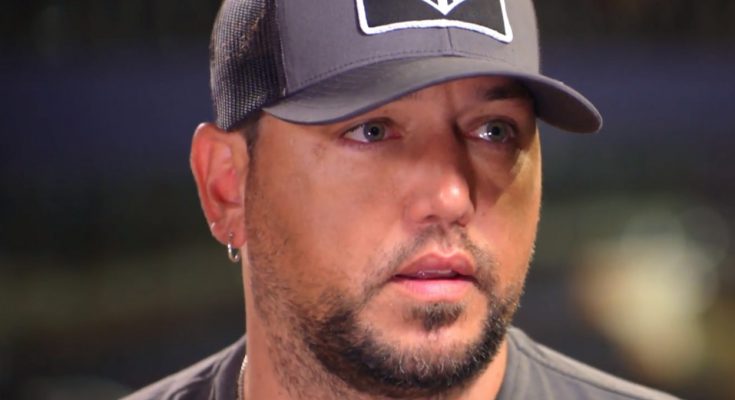 Jason Aldean’s body measurements are all here! Check out the height, weight, shoe size and more!

Jason Aldean is an American country music singer. He is best known for the hits “Why,” “She’s Country,” “The Truth,” “Dirt Road Anthem,” “Lights Come On” and “Big Green Tractor.” He released his debut album, Jason Aldean, in 2005, followed by his second album, Relentless in 2007. Born Jason Aldine Williams on February 28, 1977 in Macon, Georgia, USA to Barry and Debbie Aldean, his parents divorced when he was three. He was raised by his mother, in Macon, where he went to high school at Windsor Academy. He has one sister, and two step-brothers. He started singing at the age of 14. He is married to musician Brittany Kerr. He was previously married to Jessica Ussery. He has two daughters named Keeley and Kendyl, and a son named Memphis Aldean.

When I was a kid, we went to St. Augustine, Fla., and I was lying on the couch one night with a Q-tip, cleaning my ear out after I’d taken a shower. I hit my arm on something, jabbed the Q-tip through my ear drum, busted my ear drum and couldn’t get back in the water the rest of the time we were there.

I don’t know if Nashville will ever be ousted as the Music City. But I also think that here, over the last few years, Georgia has definitely kind of risen to the top as far as the crop of young artists coming out of this area that are kind of making waves, you know?

‘Tattoos’ reminds me of where I’m from, and some of the stuff I did when I was growing up. That was one of the things that was appealing about the song when I heard it the first time.