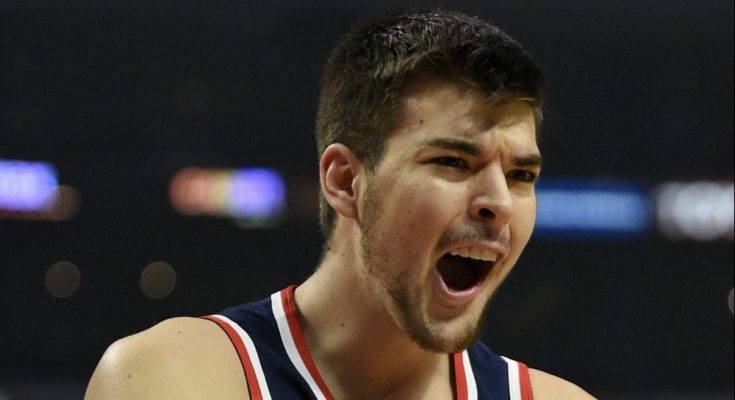 Ivica Zubac’s body measurements are all here! Check out his height, weight, shoe size and more!

Second round selection of the Los Angeles Lakers in the 2016 NBA Draft who plays the center position.

He played overseas for Cibona Zagreb, KK Zrinjevac Zagreb and the Mega Leks of Serbia before heading to the United States.

He helped Croatia capture the silver medal at the FIBA U19 World Championship.

He was born in Mostar, Bosnia and Herzegovina. He married model Kristina Prišč in August 2021.

His NBA debut came as a fill-in starter for Timofey Mozgov during his rookie year as a Los Angeles Laker.

I just go home or on vacation, or together because Croatia is nice.

I’m feeling like I can stay on the floor for a while. I can run the floor. I can fight in the post with guys. I can rebound.

The only thing I can do is work hard and hope that they’re gonna call my name.

I always watch the playoffs.

I would love to be trained by Kareem. That’s a GOAT.