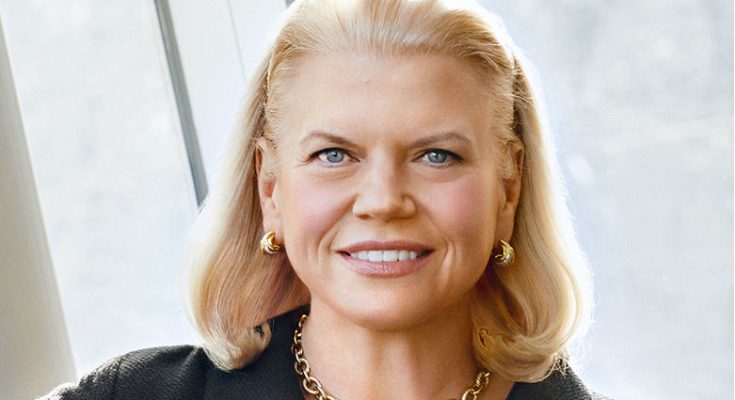 Known for being the first female CEO and Chairperson of IBM, she had previously worked as both a systems engineer and a consultant for the computer company. In the latter capacity, she fought for IBM’s purchase of the PricewaterhouseCoopers Consulting Company.

After graduating from Northwestern University with degrees in electrical engineering and computer science, she worked briefly for the General Motors Institute (Kettering University) in Flint, Michigan.

She served on the board of the Memorial Sloan-Kettering Cancer Center.

She and Louis Gerstner, Jr. both held the office of CEO of IBM.

As I tell all our folks, the only reason we exist – make no mistake – is our clients.

If it’s digital, it will be cognitive. If you think that, you’re going to change the way you run a business.

India will not be at the center – it will be the center of this fourth technology shift.

The recommendation when I’m mentoring folks, I always tell them – and we talked about this last year – take a risk.

This century, the 21st century, will be the Indian century – and I really believe that.