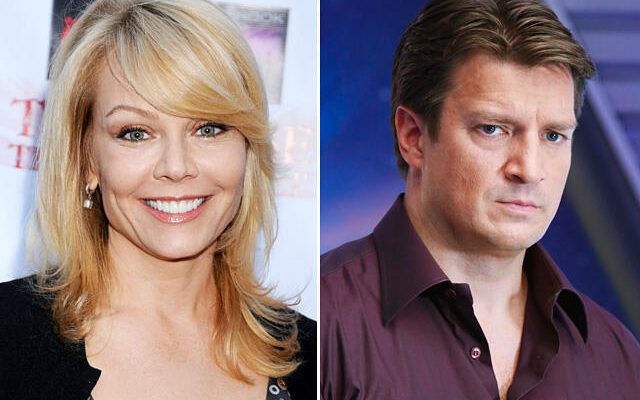 Gail O’Grady is an American actress of film and television. She is best known for her portrayal of Donna Abandando on the ABC police drama NYPD Blue, and for her role as Helen Pryor on the NBC drama series American Dreams. Her other notable television credits include Hot Properties, Hidden Palms, Boston Legal, Desperate Housewives, Hellcats, Revenge, and Criminal Minds. She has also played prominent roles in the films Blackout, Spellcaster, Nobody’s Perfect, Celtic Pride, That Old Feeling, Every 9 Seconds, Two of Hearts, Hope Ranch, Sex and the Single Mom, and While the Children Sleep. She has been nominated for a Primetime Emmy Award three times. Born Gail Ann O’Grady on January 23, 1963 in Detroit, Michigan, to parents Jan and Jim O’Grady, she was raised in Wheaton, Illinois. She had one brother, Michael who was an investment banker, died unexpectedly at age 42 on May 5, 2004. She attended Wheaton North High School in Wheaton, Illinois, and graduated in 1981. She made her film debut in ¡Three Amigos! (1986), but her part was cut from the final print. She has been married six times and has a son with her ex-boyfriend, Chris Bayers.