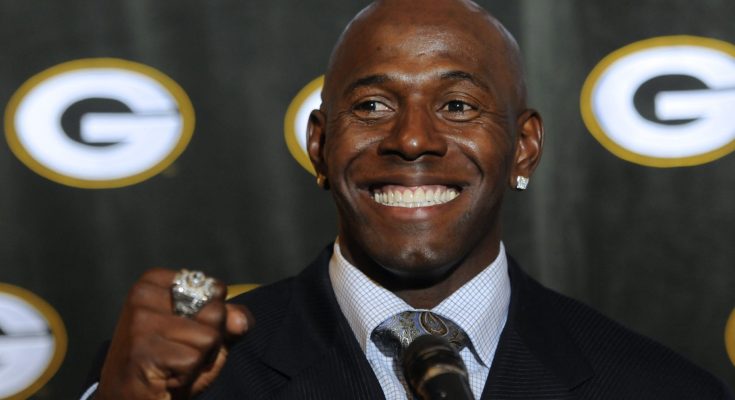 Donald Driver’s body measurements are all here! Check out the height, weight, shoe size and more!

Donald Driver is a former American football wide receiver who played fourteen seasons in the National Football League. He was picked by the Green Bay Packers in the seventh round of the 1999 NFL Draft with the 213th overall pick. He was selected to four Pro Bowls and helped the Packers win Super Bowl XLV. In May 2012, he won the 14th season of the reality dance competition, Dancing with the Stars. He is also a New York Times bestselling author. He has written three children’s books, Quickie Handles a Loss, Quickie Makes the Team, and Quickie Goes to the Big Game. Born Donald Jerome Driver in Houston, Texas, on February 2, 1975, to Marvin Driver Jr. and Faye Gray, he is the middle child among his five siblings. His parents got divorced when he was just a young boy. Donald was homeless during parts of his childhood and had to use a U-Haul truck for shelter. He is married to Betina Jackson with whom he has three children; Cristian, Christina and Charity.

People have always challenged me. People told me I was going to get this big beer belly when I got done playing. But I work out six days a week, and when I turn 40, I’m going to still have that six pack.

Growing up the way I grew up, food was scarce. So when you had an opportunity to eat, you ate. When I graduated from high school and went to college, I weighed 160 pounds. So, I knew I had to put on the weight. I ate everything from fried food to fried chicken wings. When I came to Green Bay, I did the same thing because I was 172 pounds.

Writing is a lot of fun for me; that’s not to say it’s easy, but I really do enjoy it.

There is no way I could have played fourteen years in the NFL if I didn’t work my butt off on the practice field perfecting my technique or spend hours upon hours in the film room studying defenses.