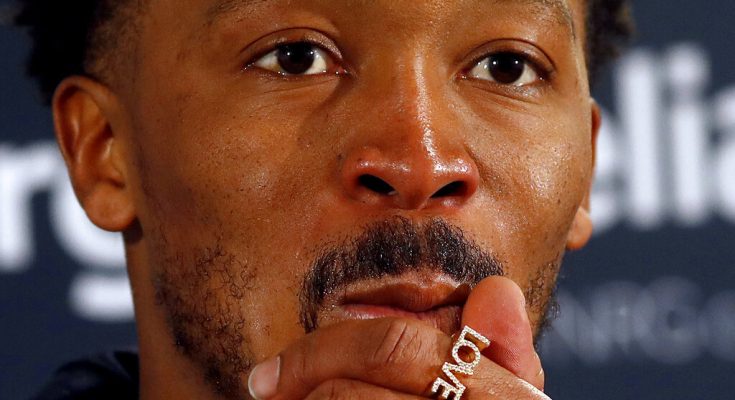 Demaryius Thomas’ body measurements are all here! Check out his height, weight, shoe size and more!

Star NFL wide receiver who earned his first Pro Bowl selection with 94 receptions and 1,434 yards for the Denver Broncos in 2012. He helped lead the Broncos to victory in Super Bowl 50. In 2018, he was traded to the Houston Texans.

He was picked 22nd overall by the Denver Broncos in 2010 after earning All-American honors at Georgia Tech.

His 80-yard touchdown reception from Tim Tebow led the Broncos to victory over the Pittsburgh Steelers in overtime of the first round of the 2011-12 AFC Playoffs.

He was raised with two sisters, Tyeshia Smith and Tonecia Smith. His mother, Katina Smith, was sentenced to 20 years in prison for selling crack when he was a child. Her sentence was commuted by President Obama in 2015.

He caught 10 touchdown passes from Peyton Manning during the 2012 NFL season.

The main thing is just doing my job the best I can to help my squad out. That’s my main goal.

I wake up every morning and thank the lord above and just thank him for… being able to do what I do.

I try to practice hard every week, so when I get a chance to go in the game I play hard.

If I get hit, I know the pain is going to be temporary. I’m going to hurt for a second and that might be one of those times I run off the field. But then it’ll ease up and I’ll go back in.