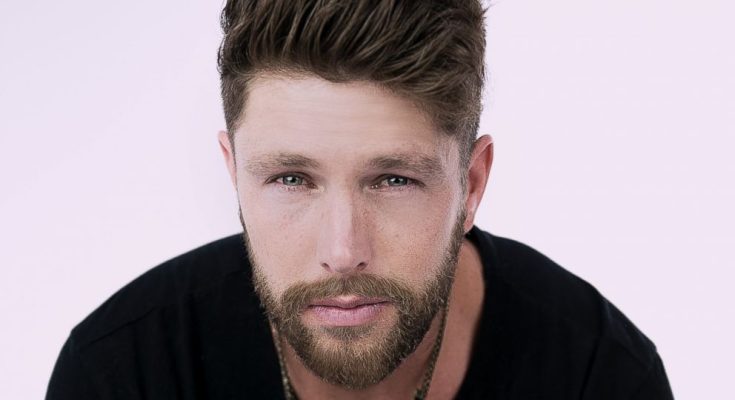 Chris Lane’s body measurements are all here! Check out his height, weight, shoe size and more!

Country music star who broke onto the scene with his top-selling single “Broken Windshield View.” The song had over 11,000 downloads within a week, reaching the Top 10 on the iTunes US chart, Top 5 on iTunes Canada, and Top 3 on iTunes Australia.

He opened for Florida Georgia Line during their This is How We Roll Summer Series 2014. He had played well over 500 shows in years past.

Publications such as Teen Vogue, Glamour and the Tennessean were buzzing about him following the release of his hit single.

He was born in Kernersville, North Carolina. He has a twin brother named Cory. He began dating reality star Lauren Bushnell in late 2018. They became engaged in June of 2019 and married in October of 2019. In June 2021, Lauren and Chris welcomed son, Dutton Lane.

He has opened for The Band Perry, Eli Young Band, Lee Brice and others.

It’s easy to get people to sing along to cover songs, but when it’s your song, it’s the coolest.

Hydroxycut keeps me going while on tour. It’s a grind on the road, and I’m excited to be joining the team.

It’s really cool to see people show up at the shows night after night, and they’re screaming the words of the song.

Growing up, I always considered the Grand Ole Opry to be hallowed ground.