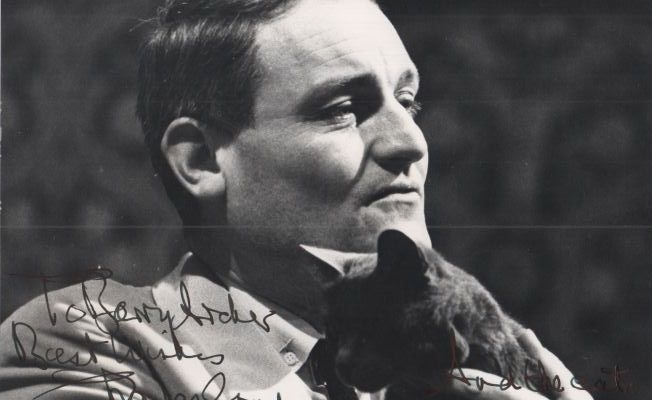 Charles Gray’s body measurements are all here! Check out his height, weight, shoe size and more!

He played the villainous Biofeld in the 1971 James Bond film, Diamonds Are Forever. His portrayal of Sherlock Holmes’ brother, Mycroft Holmes, brought him additional fame.

He became the screen voice of actor Jack Hawkins after Hawkins’ bout with throat cancer.

In addition to his Bond role, he played The Criminologist in the cult classic film, The Rocky Horror Picture Show.

He was born Donald Marshall Gray, the son of a surveyor, in Queens Park, London.

His breakthrough role was in the 1967 film, The Night of the Generals, which starred Omar Sharif and Peter O’Toole.