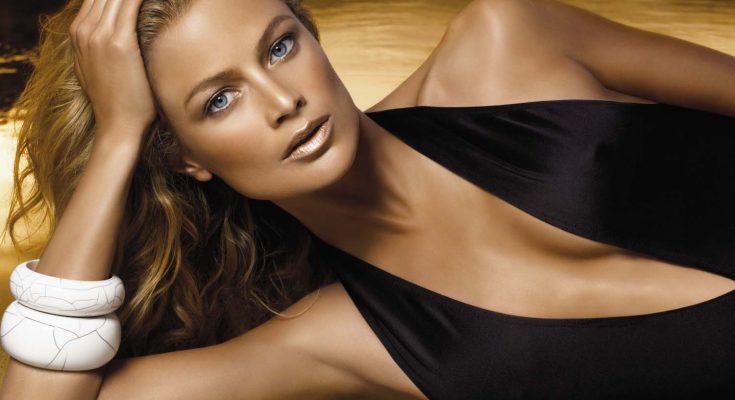 Carolyn Murphy is an American fashion model and actress born in Panama City, Florida. One of the world’s top fashion models, Carolyn was named Vogue’s Model of the Year in 1998. She has appeared on the cover of Sports Illustrated Swimsuit Issue in 2005. She was also appeared in the 1998 and 1999 Pirelli Calendar. Murphy was born in Panama City, Florida, USA on August 11, 1973. She married Jake Schroeder in 1999, and the couple had a daughter named Dylan Blue in 2000 before getting divorced in 2002.

When I had my daughter, my priorities shifted. Being in the world of fashion you have to be very self-absorbed and surrounded by people that are self-absorbed.

I had dreamed of visiting Bali for many years and because I had an extended family of Balinese friends in Los Angeles, I felt connected. The island is so peaceful and the smiles are constant.

It was easy to run around barefoot in oblivion in Costa Rica. But once I gave birth to my child, I didn’t want to be oblivious to the obvious.

When I was a kid, I thought I was Wonder Woman.

I can’t remember the last time I was bored.