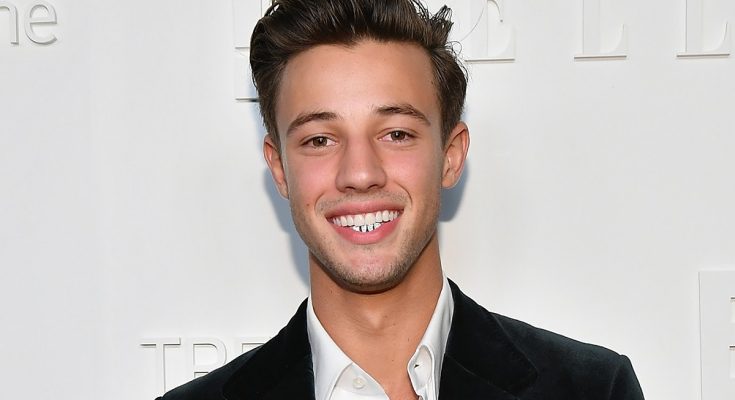 Cameron Dallas’ body measurements are all here! Check out his height, weight, shoe size and more!

Cameron Dallas is an actor and internet personality who first started gaining recognition worldwide in 2012 through his videos on the app, Vines. Within a very short time period, Cameron had millions of followers on Vine and he then moved towards other social media platforms like Twitter, Instagram, and YouTube. Seeing his popularity on the internet, various film and TV series makers began offering acting gigs to Dallas. His on-screen debut came with 2014 film Expelled while his first appearance as an actor on TV was in series American Odyssey. In 2016, Cameron also began starring in a reality television series of his own called Chasing Cameron. Along with all this, Dallas has a keen interest in music as well, having released his debut single “She Bad” during 2015. Moving towards his personal life, Cameron Dallas has been romantically linked with models Chase Carter and Hailey Baldwin.

I travel a lot, and that makes it harder to date, but it also opens up opportunities for me to meet people where I wouldn’t normally meet them.

When I got out of high school, I started breaking out. I tried everything from A to Z as far as seeing doctors and getting prescriptions. I even did home remedies, and I had no luck. A fan gave me Proactiv, and it cleared my skin, but there were too many steps. I lose everything, and I lost one of the products. My acne started to come back.

I don’t own cable, but my TV came with a Netflix button.

People get to choose who they follow, so they follow me for me. It’s super humbling and awesome.

We filmed ‘Expelled’ in Santa Clarita at an all-girl’s school. There were twelve hour days.