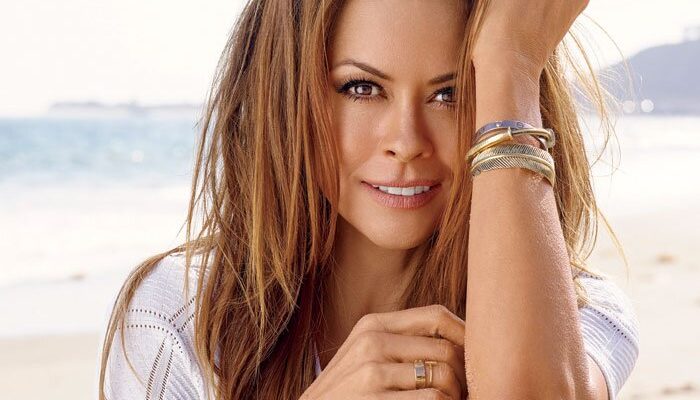 Brooke Burke-Charvet is an American actress, model, TV personality and model who was born on September 8, 1971 to Donna and George Blurke. Her professional career first took-off in 1999 when she began hosting the TV show Wild On! and later gained further recognition as the host of reality show, Rock Star. In 2008, Brooke became a contestant in the season 7 of the TV dance competition show Dancing with the Stars which is ultimately won with partner Derek Hough. Later on, she became a co-host of the show and co-hosted its season 10 to 17. In addition that DWTS, she has also hosted several other shows including Annual Golden Globe Awards and Miss America pageants. Apart from television, Brooke Burke has also made a name for herself in other fields too. She has published a successful book, runs her own company and has also been featured in well-known magazines like FHM, Maxim and Playboy. While in her personal life, Brooke has been married twice so far. Her first marriage was with plastic surgeon Garth Fisher which ended in 2005 while she is currently married with actor David Charvet since 2011.