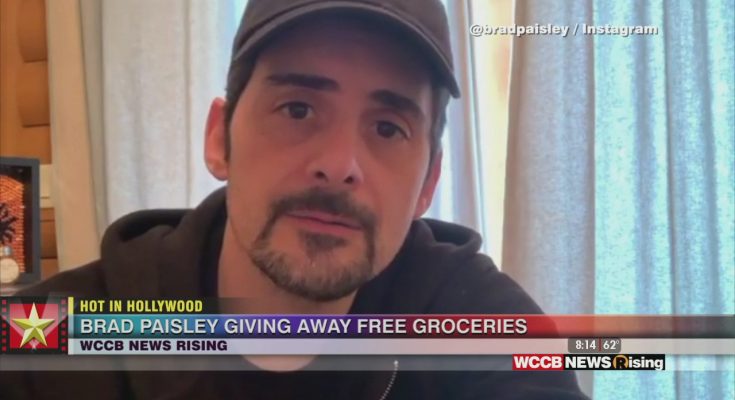 Brad Paisley’s body measurements are all here! Check out the height, weight, shoe size and more!

Brad Paisley is an American country music singer-songwriter and guitarist who has sold over 11 million albums worldwide. He released his first album Who Needs Pictures in June 1999. His 2005 album ‘Time Well Wasted’ won the Country Music Association CMA Award for Best Album. The album also won album of the year at the 2006 ACM Awards. He is the recipient of several accolades, including three Grammy Awards, 14 Academy of Country Music Awards, 14 Country Music Association Awards, and two American Music Awards. Born Brad Douglas Paisley on October 28, 1972, in Glen Dale, West Virginia, to Sandra Jean Jarvis and Douglas Edward Paisley, he belongs to Italian, English, German, and Scottish descent. His passion for music began at age eight, when his grandfather gave him his first guitar. He first performed at a local church at the age of 10. After graduating from John Marshall High School in 1991, he went to the West Liberty State College in West Virginia for two years. He then attended and graduated from Belmont University in Nashville, Tennessee with a degree in Music Business. He completed his Bachelor of Business Administration degree from the Mike Curb School of Music Business in 1995. He has been married to Kimberly Williams-Paisley since March 15, 2003. Together they have two children.

It would be neat to sing with Roger Miller.

Even in your darkest moments, you’ll think of something that’ll crack you up.

My first tweet was at the CMT Awards when I won an award and typed, ‘Thank you.’ Then I was hooked because the followers started multiplying. It’s a great tool.

Country music has become the music that best represents the reality of American life.