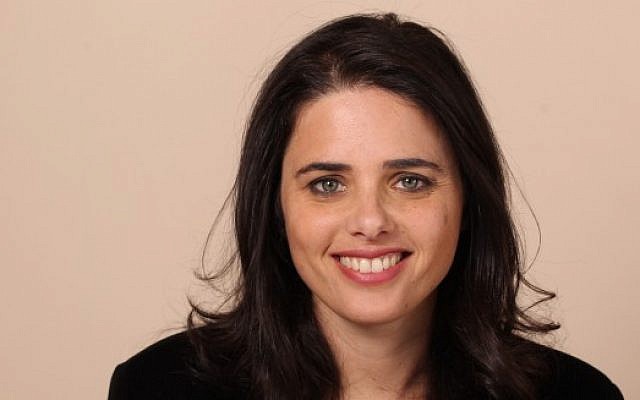 Ayelet Shaked is an Israeli politician, computer engineer, and activist who was a member of the Knesset for The Jewish Home from 2013 to 2018, and Minister of Justice from 2015 to 2019. She is widely considered one of Israel’s most active and influential legislators. She was office director for the office of Benjamin Netanyahu from 2006 to 2008. Born Ayelet Ben Shaul on May 7, 1976 in Bavli, Tel Aviv-Yafo, Israel, to a well-educated upper-middle-class Israeli family, her paternal grandmother immigrated to Israel from Iraq as a single mother in the 1950s, and her mother’s family were Jews who immigrated to Israel from Poland and Romania in the 1880s. Ayelet earned a BSc in electrical engineering and computer science from Tel Aviv University. She started her career in the Tel Aviv high-tech industry, working as a software engineer at Texas Instruments and later becoming manager of the company’s marketing. She is married to Ofer Shaked, a fighter-pilot in the Israeli Air Force. They have two children.

We live in a democratic country, and in a democracy freedom of speech is for the people and also for the leaders.

We in the Jewish Home party talk all the time about how Judea and Samaria are our homeland and they are part of Israel, so we are there to stay.

I don’t think I can change the fact that the court can cancel a law, but I think the court should only get involved in extreme issues like human rights violations.

The route of the train of Israeli justice must take into account the Jewishness of the state.

I won’t let the grudge Netanyahu and those who surround him have against me hurt the country.