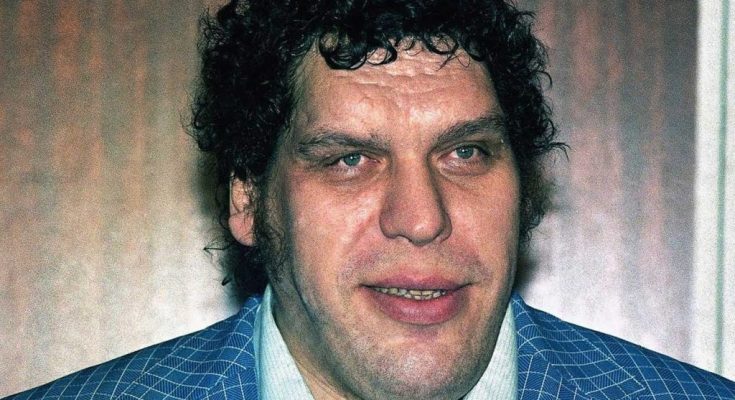 Andre the Giant’s body measurements are all here! Check out his height, weight, shoe size and more!

Wrestling icon who stood 7’4″ and weighed in at 525 lbs, and was inducted into the WWF Hall of Fame. He was a WWF Champion and a WWF World Tag Team Champion, and due to his stature, people regarded him as The Eighth Wonder of the World.

Born with acromegaly, he worked as a woodworker and a farmer before going to Paris to learn professional wrestling.

Mike Graham and Dusty Rhodes confirmed that he once drank 156, 16-US-fluid-ounce beers in one sitting, and was henceforth dubbed the Greatest Drunk on Earth.

His daughter, Robin Christensen Roussimoff, was born in 1979.

He appeared alongside Cary Elwes in the 1987 film The Princess Bride.

I love my profession. I know what I’m doing, I love travelling.

I use what God gave me.

I know I have eaten more good food, drunk more beer and fine wine, had more friends, and seen more of the world than most men ever will.

Often when I go to home of people who have small children, the children will run from me, even though they have seen me on television. I understand why they do this but it is a sad feeling for me, even so.