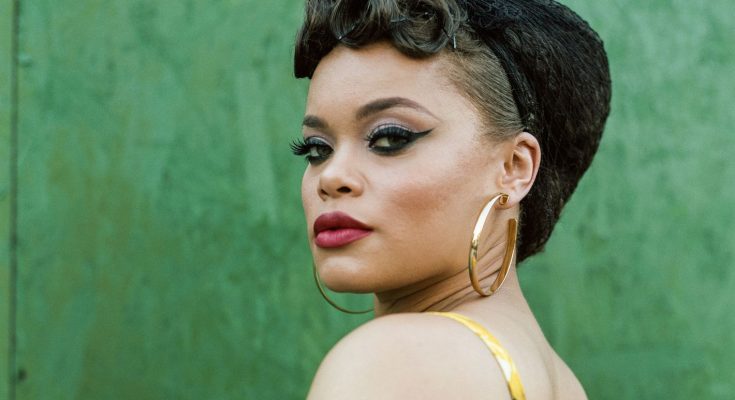 Andra Day’s body measurements are all here! Check out the height, weight, shoe size and more!

Singer-songwriter Andra Day is best known for her hit single “Rise Up”. In 2015 she released her debut album “Cheers to the Fall” which achieved remarkable success, reaching the number 48 on the US Billboard 200 chart. The album was nominated for Best R&B Album and it’s hit single, “Rise Up”, was nominated for Best R&B Performance at the 2016 Grammy Awards. Andra was born Cassandra Monique Batie on December 30, 1984, in Spokane, Washington and grew up in San Diego, California. She attended the San Diego School of Creative and Performing Arts.

I love the Black Keys because I love that guy’s voice.

The reach of Coke and McDonald’s is undeniable, and I’m thrilled these iconic brands are joining forces to inspire local communities through messages of peace and motivation in unique ways. It’s an added bonus that they are using the lyrics to ‘Rise Up’ as a part of those messages.

I was heavily influenced by big voices when I was younger. People like Whitney Houston, Aretha Franklin, and Patti Labelle really spoke to me. When I got older, I was into Erykah Badu, Jill Scott, and Lauryn Hill, but it wasn’t until I started working with a voice coach that I really dove into jazz music.

I gleaned different style ideas over the years. In Southern California, there is a big rockabilly sub-culture. So when I would go to car shows, I would see women dressed like this. I had a teacher in high school that always had her Bette Paige bangs.

I give credit to my team. I have dedicated people from my label, my fans, and people at these companies that believe in me.