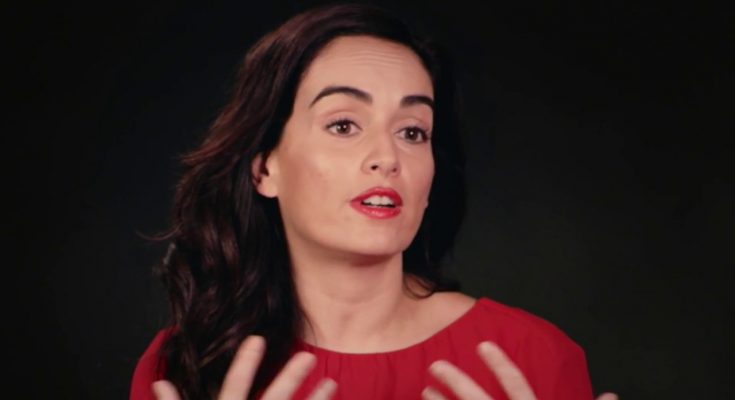 Ana De La Reguera is a Mexican actress born in Veracruz. She is best known for her role as Sister Encarnación in the 2006 film Nacho Libre. She is also known for her appearances in the HBO comedy Eastbound & Down, where she played Vida on season 2. She has starred in such telenovelas as Pueblo chico, infierno grande (as Priscila), The Blacklist (as Vanessa Cruz), and Por tí (as María Aldana). She was born to Nena de la Reguera and Augusto Gardoqui, in Veracruz, Mexico, on April 8, 1977 as Anabell Gardoqui De La Reguera. She has one sister, Alicia.

I would not change anything I’ve done or what I’ve lived, and with whom I have lived it.

It’s easier for me to act in Spanish, but as soon as I get the lines in English and I know them by heart, it becomes really easy. You don’t have to worry about the language anymore. It just takes more time. In Spanish, I can learn lines in 10 minutes. In English, it’s going to take an hour.

I try to walk at least three times a week for 40 minutes or an hour. I do it at the gym on the treadmill, or I go hiking outside.

I love playing tennis. To me this is not a workout, but a fun extracurricular activity I do with friends so it doesn’t feel like I’m working out.

I grew up next to the ocean, on the coast, and would dance the salsa all day, so I just learned those rhythms and knew how to move my body when I was very little.