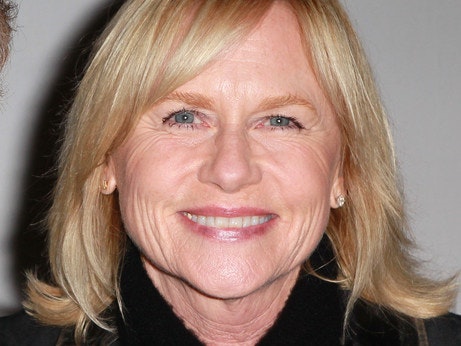 Actress Amy Madigan is best known for her role as Sunny Mackenzie-Sobel in the 1985 film Twice in a Lifetime, for which she was nominated for the Golden Globe Award for Best Supporting Actress – Motion Picture and the Academy Award for Best Supporting Actress. She has also starred in the films Field of Dreams, The Dark Half, Pollock, Gone Baby Gone, Places in the Heart, Uncle Buck and Love Child. For her portrayal of Sarah Weddington in the 1989 television film Roe vs. Wade, she earned her a Golden Globe Award for Best Supporting Actress on Television. Born Amy Marie Madigan in Chicago, Illinois, she is the daughter of Dolores Madigan and John Madigan. She has two brothers, Jim and Jack. She attended and graduated from Marquette University with a degree in philosophy. She has been married to Ed Harris since 1983. They have one daughter, Lily Dolores Harris born in 1993.

I wanted to be a boy when I was young because boys got to do all the good stuff. So I became very aggressive and very competitive at a young age.

The music business is rougher than the movie business. In film you get noticed in a small role, even in a movie that bombs. But in records you better have that hit or else it’s ‘See you later.’