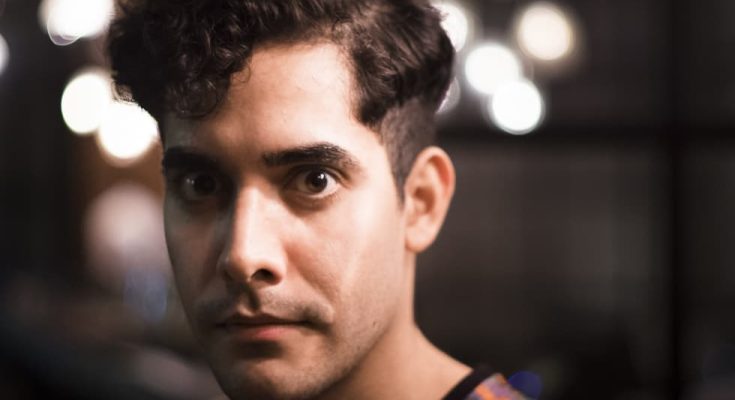 Alan Palomo’s body measurements are all here! Check out his height, weight, shoe size and more!

Best known as the lead singer and songwriter of a Texas-based electronic music group called Neon Indian, this musician also performed with Ghosthustler and had a solo career under the stage name of VEGA. His acclaimed albums with Neon Indian include Psychic Chasms and Era Extraña.

He began his songwriting and performance careers during his high school years and went on to attend the University of North Texas.

He and Neon Indian appeared in 2010 on Late Night with Jimmy Fallon, performing the songs “Ephemeral Artery” and “Terminally Chill.”

A native of Monterrey, Mexico, he relocated to Texas as a young child. He was once romantically involved with a young woman named Alicia Scardetta, who came up with the Neon Indian band name and inspired one of the group’s songs, “Should Have Taken Acid With You.”