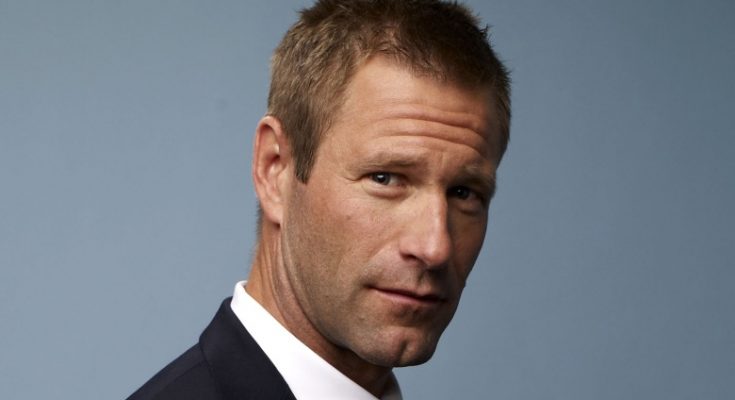 Aaron Eckhart’s body measurements are all here! Check out the height, weight, shoe size and more!

Aaron Eckhart is an American actor best known for his roles as Harvey Dent, also known as Two Face, in The Dark Knight (2008), George in Erin Brockovich (2000), SSGT Michael Nantz in Battle Los Angeles (2011), and as Nick Naylor in the film, Thank You for Smoking (2005), for which he received a Golden Globe nomination. His other movie credits include The Core, The Missing, Paycheck, Rabbit Hole, Sully, and I, Frankenstein. Born as Aaron Edward Eckhart in Cupertino, California, Michelle moved to the United Kingdom when he was 13. He is the son of Mary Martha Eckhart, a children’s book author, and James Conrad Eckhart, a computer executive. He has two older brothers, James and Adam. He is of German descent on his father’s side, and of English, Scottish, German, and Northern Irish (Scots-Irish) descent on his mother’s side. He was engaged to actress Emily Cline, but separated from her in 1998. He was also in a relationship with musician Kristyn Osborn.

I always ask, why can’t I be just like Cary Grant or something.

But I guess I like playing flawed guys ’cause it gives a place for the characters to go.

Well, I’ve thought many times when my career was in the toilet, that I was going to have to seriously consider getting another job, I don’t know what I’d do.

There are different reasons to make movies.